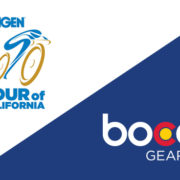 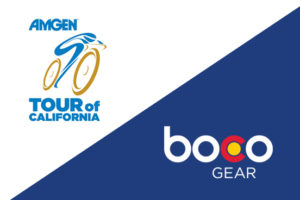 BOULDER, Colo. – (May 11, 2016) – BOCO Gear, the leader in technical performance headwear, today announces an official partnership with Amgen Tour of California.  BOCO Gear is proud to support this world-class cycling road race that features the top elite professional teams and athletes from around the world competing for the highest prize purse of any cycling race in North America.

“The Amgen Tour of California is one of the most respected events in cycling,” said Kay Martin, President of BOCO Gear.  “As passionate athletes and competitors ourselves, we know the importance of supporting the athletes driving cycling forward, while helping shine a light on this exciting sport.  We look forward to working with the team at the Amgen Tour of California to make this the best race yet.”

With a mission of offering the highest quality and most functional headwear on the market, BOCO Gear will not only have a presence throughout the May 15-22 race stages, but will also provide custom product for the men’s and women’s teams competing in the 11th annual event.

ABOUT BOCO GEAR: Born on the trails, roads and foothills of Boulder, Colo., BOCO Gear boasts more than 25 years of technical performance apparel and headwear experience. Launched with a mission of offering the highest quality and most functional headwear on the market, the brand quickly became a game changer in the technical headwear landscape by merging function with style. Known for its elastic back performance visor and the popular Technical Trucker®, BOCO Gear also offers customizable performance gear for active lifestyle and fitness brands, teams and individuals worldwide. Designed and wear-tested in Colorado, the training ground for some of the world’s top competitors, BOCO Gear is worn and loved by professional athletes and weekend warriors alike. Learn more about BOCO Gear and view the collection at www.bocogear.com.