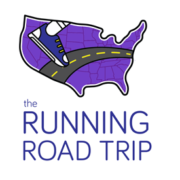 The Running Road Trip (RRT), a nationwide effort to raise money for Alzheimer’s disease research, announced its tenth sponsor, BOCO Gear. The leader in technical performance headwear, BOCO Gear is now the Exclusive Headwear sponsor of the Running Road Trip and will be providing RRT runners with custom hats to wear during their trip around the United States.

“We’re extremely excited to partner with BOCO Gear,” said RRT Partnership Director Bailee Mulholland. “We really are building this thing from the ground up, and having local brands like BOCO Gear there to support us has given us the base we need to expand our reach nationally. With the help of partners like BOCO Gear and the Cure Alzheimer’s Fund, we expect to continue building on our current momentum to positively impact a lot of people’s lives.”

On June 14, the members of the Boulder-based RRT will pile into a car and begin their epic effort to run in every state in the U.S. to raise money and build awareness for Alzheimer’s disease research. The route, which is already published and available on the RRT website, will take the team around the whole country in 55 days, during which time they will drive over 15,000 miles while completing more than 1,500 miles on foot.

Currently, the RRT is in fundraising mode and could use your help. Check out the RRT’s GoFundMe, which already has more than $1,800 of donations from donors as far away as Australia and England, to contribute to the fight against Alzheimer’s disease.

Learn more about RRT and BOCO Gear at www.therunningroadtrip.org and www.bocogear.com, respectively.  Join the conversation using #RRT and #BOCOGear. Contact therunningroadtrip@gmail.com or 303-502-6658 with inquiries.

About the Running Road Trip: The Running Road Trip is a team of four college seniors and former Boulder High School graduates, all of whom are dedicating their post-graduation summer to raising money to fight Alzheimer’s disease. They are doing this through a nation-circling road trip, during which they will stop and run in every state in the USA. Additionally, they will be partnering with a number of local businesses around the nation to host community-oriented events. For more information, check out their website or Facebook page. They can also be found on Instagram and Twitter.

ABOUT BOCO GEAR: Born on the trails, roads and foothills of Boulder, Colo., BOCO Gear boasts more than 25 years of technical performance apparel and headwear experience.  Launched with a mission of offering the highest quality and most functional headwear on the market, the brand quickly became a game changer in the technical headwear landscape by merging function with style.  Known for its elastic back performance visor and the popular Technical Trucker®, BOCO Gear also offers customizable performance gear for active lifestyle and fitness brands, teams and individuals worldwide.  Designed and wear-tested in Colorado, the training ground for some of the world’s top competitors, BOCO Gear is worn and loved by professional athletes and weekend warriors alike.  Learn more about BOCO Gear and view the collection at www.bocogear.com.